Customer Care is not a Passing Trend, but a Lasting Principle – Samer Halawa 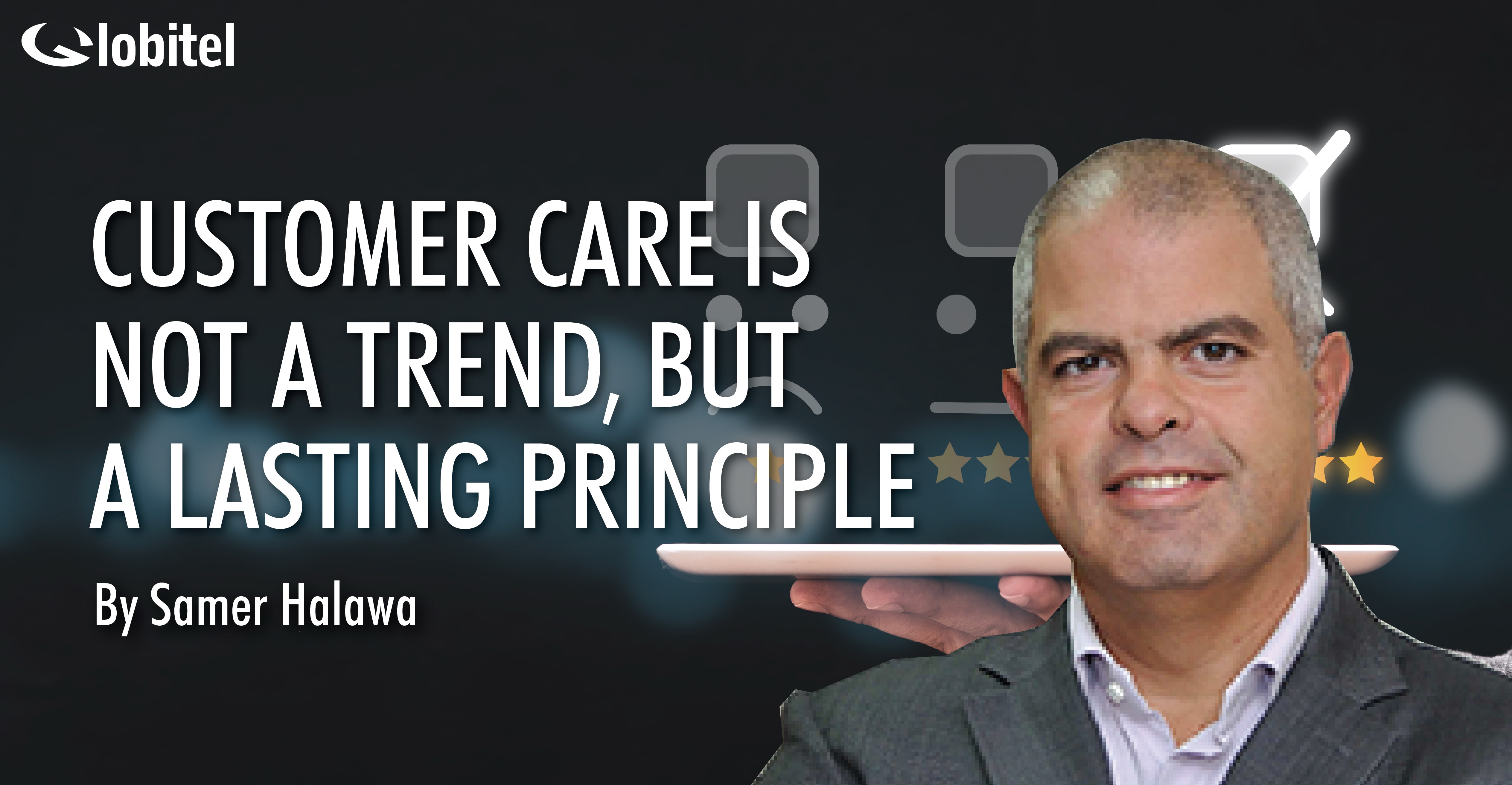 If a company still thinks it can skate by doing the bare minimum for customer service, it’s in for a surprise. Consumers are no longer idle and passive; they have the potential to become your brand proponents or opponents. It’s your company’s responsibility to earn that “pro,” and it starts with customer care.

Power of the People

With the explosion of technology and digital two-way interaction, ordinary people became empowered members of society. Thanks to the capabilities that technology provides, they now have enormous potential and reach to start and shape trends, influence people around world, and even take a big chunk out of a company’s revenue by communicating their grievances regarding an unpleasant interaction through social media. These defaming posts can potentially land on millions of people’s feeds.

When Globitel was first starting out in the late 90s, we developed the SpeechLog Call Recorder solution for liability purposes only, until a client requested added functionality which involved a completely new dimension: agent management. So, at the client’s request, we added quality assurance, scorecards, agent management features, and more to the solution’s functionality. Our innovation was simply a case of being in the right place at the right time.

Our customer placed great importance on agent performance, which is responsible for customer satisfaction levels. This priority turned our attention to the concept of customer care and its increasingly important role in businesses. Following the new trend of customer care, which is now a business staple in the Middle East, Globitel developed even more customer care solutions, specifically for call centers (Workforce Optimization suite, speech analytics, etc.).

The world’s current “status” – pun intended – is global interactivity. Take social media for example, a term that gained enormous traction in the last decade. The majority of consumers have shifted to social media to communicate with companies directly, or to express satisfactory or unsatisfactory experiences without companies’ direct knowledge. These busy platforms, as well as exploding “mentions” on Twitter, paved the way for social media analytics.

Samer Halawa has been with Globitel since the beginning of its journey in 1996. His open approach to management, through which he strives to instill a spirit of team-work and innovation, has raised the company to unprecedented heights, and has had a rippling effect that extended beyond the borders of Globitel to contribute to the industry as a whole.

In 1996, Halawa and Sharif Nabulsi established Globitel, which they envisioned to be a leading regional provider of converged telecom solutions. Since 1996, Globitel grew to live up to that vision, becoming one of the leading telecom solutions providers in the region, with high-profile clients such as Saudi Telecom, Zain Group, Etisalat, and many more.